THE KEY OF X: ENSIGN BRODERICK JOINS SARAH SLEAN AND ERIN COSTELO FOR PIANO-FOCUSED SHOWS IN TORONTO AND NYC.

A condemnation disguised as a benediction, Ensign Broderick’s BloodMyth speaks out against hate, pernicious nationalism and vainglorious self-destruction through characters that embody these, the very worst, ways of being. The album is an inverse/reverse/perverse excavation of 2018’s BloodCrush, a meditation on frailty and fallibility that edged ever closer to the brink. With BloodMyth, more a finale than a companion to its partner album, Ensign Broderick pushes things over the edge, where concepts of personal and political extremism come to swirling, chaotic conclusions.

“Swept Away,” a 5-minute melodrama, explores the oceanic disorientation of being over one’s head. With a classic backbeat, horns and pedal steel, the song channels late 60s FAME Studios rock, the overall aesthetic somewhere between bedazzled Manuel contrition and glam dandy swagger, the twin pillars of Ensign Broderick’s sound and style.

Appalachian folk meets California pop in “Our Angel of Morphine,” a sweetly celestial treatment of a truly dark and nasty tale. Ethereal, soft-focus brokenness is also present in “Love Died Here,” an atmospheric opiated half-time reworking of a song from BloodCrush. Pain, of whatever sort, and the treatment thereof is a major theme in the album, in both lyrical and visual form. The vinyl package contains a collage built around a main image of a spinal-fusion operating table, its sleek chrome more Ducati than OR supply.

The inescapable disintegration reaches its apex with “The Telling Part,” the last and oldest song on the album (c. 1970), a tale of alienation and abandonment. Over twelve minutes, anger boils and bubbles over. ‘Tell me about starvation and sustenance,’ it goes, which in its way encapsulates the poisonous imbalance of give and take found at every turn. BloodMyth’s villains – anonymous caricatured embodiments of the deadly sins – trade only in damages.

In contrast to the desert glitter of BloodCrush, BloodMyth’s physical form – a vinyl-first release for Record Store Day Canada (a move true to form for an artist with such a deep connection to music’s physical places and pieces) – unravels in similar fashion. From jarring hi-def patent leather to the scribbles and edits on the lyrics, the vinyl edition echoes the devolution and deconstruction of music and narrative in art.

With six albums out in just over a year, Ensign Broderick’s story and experience of launching his solo career at age 59, has little precedent. Each album conveys a fully realized and distinct dimension of the artist and persona, yet a complete picture of the inner life and creative ambition of the artist is only just starting to take form. “You’re getting a different Ensign Broderick with each project,” says the artist. “The progression from the childlike perspective of Ranger to the totally superficial, fully realized glam of Feast of Panthers, to the very personal depth-plumbing of BloodCrush/BloodMyth is a maturation and a devolution. These are all puzzle pieces.”

Listen to Ensign Broderick in conversation with Danko Jones here.

Ensign Broderick’s THE KEY OF X series brings classical, contemporary and experimental artists together to celebrate piano-based composition and performance.

The inaugural Key of X took place at Winnipeg New Music Festival in 2018 with Ensign Broderick and Jónas Sen (Björk). 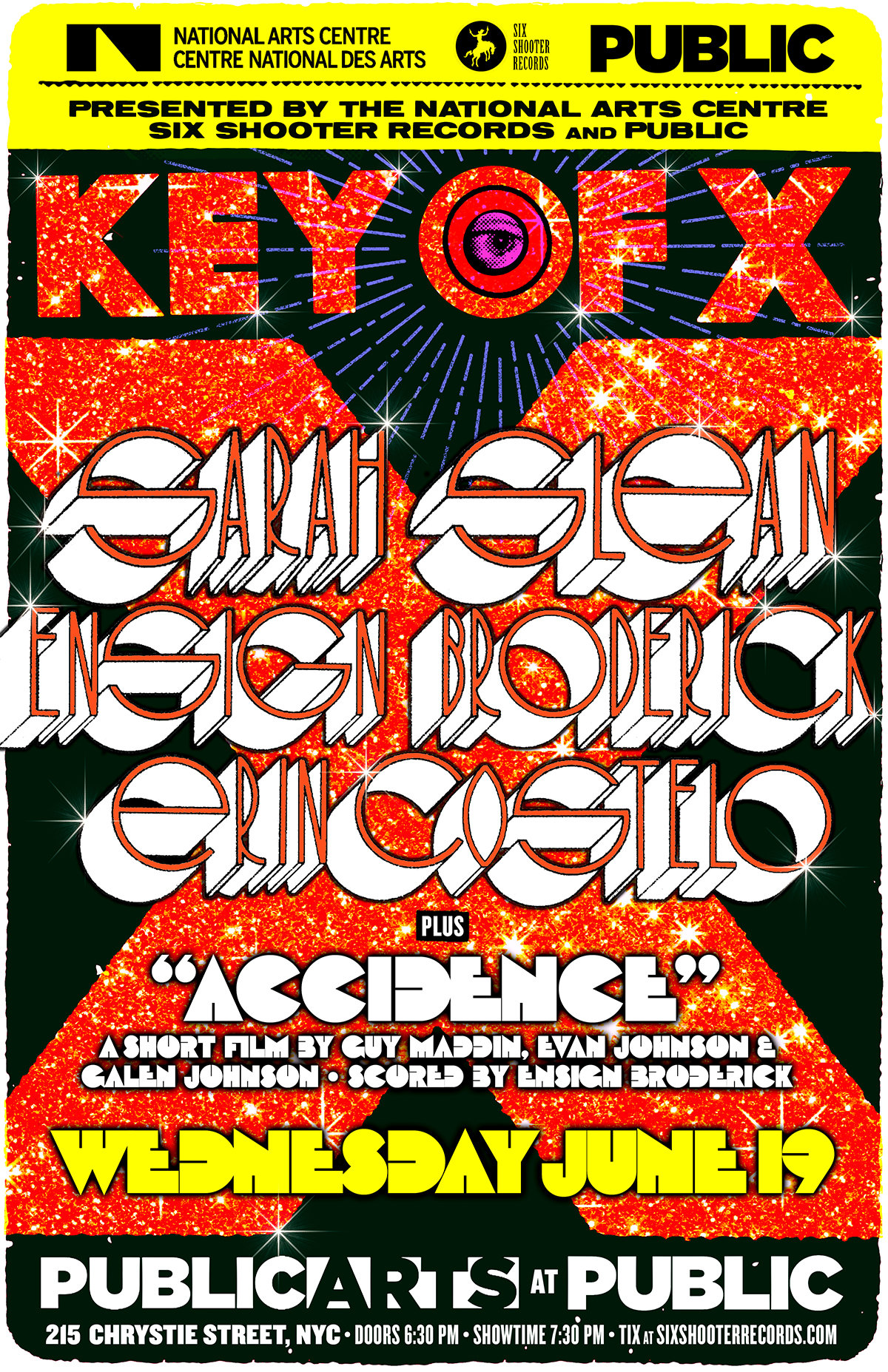